..whisper to me..of the unspeakable..

“become a monster and escape that pathway, that alone is the doorway of the Daäthian portal of total darkness. I have told you that all avenues of escape are blocked, but in truth there is the doorway of becoming a monster, by becoming the beast, so that thereby you can escape by the very door they came through"

- Michael Bertiaux, as quoted by Kenneth Grant in Outside the Circles of Time

"To ascend, you must die"
- tool, eulogy


..after a death, the first manyfestation is a dream. the challenge here is to get out, but no easy way will do, no. the escape (& there's always an escape) must be finessed through the very logic of the dream..

..so where was I..oh, yes: our eternal recurrence of warrior (henceforth erw, rhymes with [anti]hero) had survived yet another apocalypse, but found himself faced with a bbruised & Bbattered landscape..

..everywhere he turned, he saw the wreckages & remnants of a world that should never have been, & yet it certainly was, for a time..& below the carnage, barely visible, & yet unmistakable: hope. the yearning for a new age; a better tomorrow, a sixth sun..

..& he recalled that fateful day in wherever it was as he was seeking that old son of a bitch, the philosophers' stone ..and performed certain secret ritual actions intended to bring about the end of the world as we know it..and the world was destroyed by fire, as was prophesied

hey, lighten up; it's just a game.. a con toss..except the whole world's at stake.. 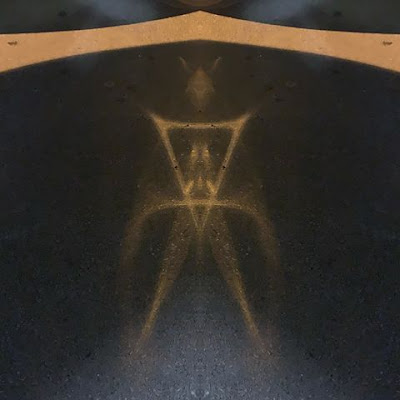 "the occult communities' goal must become to turn everyone into a magician, or a nation of magi"

"Through my friend I was initiated into various types of sexual magick, which went far beyond the practices of the alchemists. In the practice of these rites, I was able to see him transform himself into a projection of the elemental and trance side of nature..."

All spiritual exercises, including meditation, have as their goal to circulate bioenergy/prana/chi/etc &c., & to experience it. Naturally, this includes meditation.

My preferred mode of meditation is to lay down, eyes closed & sort of dissolve in the images behind my eyelids, or the sounds the silence makes ..I find that they act as vehicles or paths to energies, memories buried in the unconscious, where they wait to be processed; as Jung says, "integrate"

The same technique could be applied to journey beyond such karmic detritus to new energetic worlds, unusual ways of looking at, experiencing & engaging with reality. But it is advisable to deal with one's own energy first, as this will facilitate more effective journeying.. 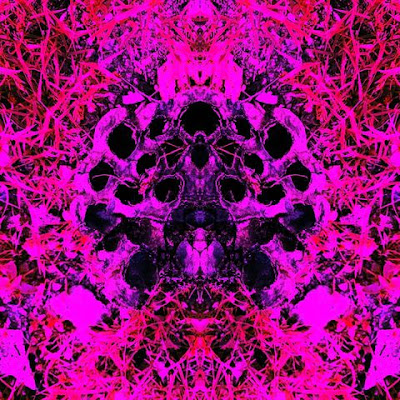 Forget the quantum indeterminacy and the fact that your assumptions

build the world out of what you think you know. Forget Bell’s

the spacetime continuum, back to the simple electrical fascination

through an apparently empty space, causing attraction and repulsion -

polarities and elective affinities existing between all things

gradually coming under the sway of rudimentary mathematical

calculation, but having at first laid under an intuitive knowledge of

the conflicts and emotive tendencies of elements, stars, plants,

In the human, and indeed more general

realms of life, the two electricities find expression in the

biological sexes, their organs of generation, and the attractions

between them: the one pushing and giving out, the other drawing in

and receiving. The rhythmical motion between them being mediated by

Or in the case of copulation, the other more extensive

field of play being the atmosphere and the energetic exchanges

exhalations, as well as the more subtler exchanges occurring over the

surface of the skin with the various effluvia released as other

Stepping back again, staying in the pre-quantum

age, the mass understanding never came to a practical realization of

the meaning of electrical science in terms of everyday existence and

the experiences thereof. The surfaces we feel and resistances to our

movement are conditioned by the electrical interactions between our

bodies as such and those of environmental objects: the sticking,

sliding, gliding, the colors and qualities depending on the balance of

the two forces and their mediating magnetic union.

of mass, or coincident therewith, there proceeds an electrical

resulting crash of thunder. This ties in with the hidden understanding

of the vishuddha, speech, chakra as acting beyond the mere

vocalization in the material, or gross atmospheric, and having an

influence on the subtle, or pre-material plane by directly controlling

those electromagnetic influences stemming from the vocal organ which

precede and cause the mundane sounds associated therewith - in

addition to being able to color the utterances with electrical shades

By and by, it seems safe to assume that most people never

take time to consider the grand position the atmosphere holds in

relation to our lives and all that goes on around us, instead to take

it as simple empty space, when the reality is that it is the seat of

the spirit as the etymology of that word shows. It is the sea in

which, like fish, we live. The knowledge of the properties and

compared with an average bony fish. The ways in which that sea moves

us, and the ways that we in turn move it, is a study that is

Thought is a Shell Beach.

Fragments forgotten, weathered and worn,by obsessing tides of consternation.An incorrigible infinitude staked through to the core.

I drag my trash into your streetI fade into your beat,Oh baby, ain't this dance a treat?

Every moment is the nextEvery home is a hex.

Awaken ravaged and wayward.Deluged in ferous mind of no quarter.

The states I've drug(ed) myself through, and ventured towards.All the while looking over my shoulder.Circle back round to home once evermore.

In the instantaneous extraneous eternal equanimity.Abides the external infernal.

And the tide once again heaves the jetsam to our shore.

Shells reign againAs I drift, to the leftOnce more.Oh baby, ain't this dance a chore? 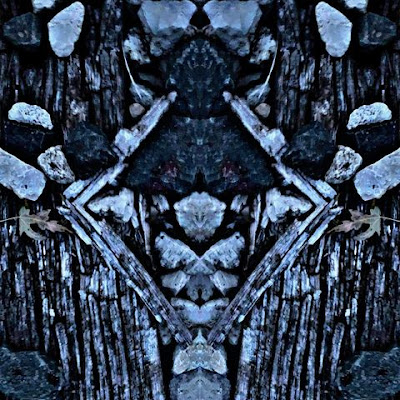 "to be a real magician you must learn to DIY"

..they told me this would happen, then they told me to forget..
The eternal recurrence of warrior (formerly/aka shades, thus named because he'd died & was now a shade himself, living among the land of the living.... don't tell anyone tho..like they'd believe you anyway..cuz that would just be some crazy shit, wouldn't it!? ...but I get a head of myself) awoke..
Abruptly. Slowly it dawned on him that the world had ended again. And yet, once again, he had been spared. He had survived another apocalypse..
..or, no, that wasn't quite it.. he'd died & cum back to life.. craziest thing..🤔
..& somehow, he'd leveled up..crazy, isn't it 🙃..sure, but also a fact.. 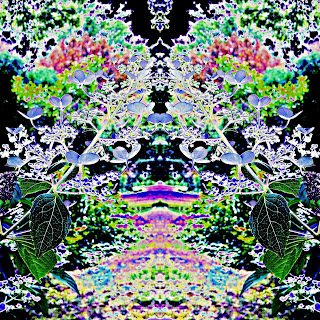 if knowledge is power, wisdom is peace
There has been a long and winding war on magic since time immemorial.
The war is not per se whether or not magic exists or can be allowed to
exist, but rather: who is allowed to have access to this knowledge of
self and world.
The only way in which the existence of magic is
relegated to the dustbin of history in mass consciousness is by
denying our ignorance, by assuming we know, well, just about anything.
In denying mystery, by eliminating the fear of the unknown, by assuming
the things that are presumed to be known, and in what manner, we
foreclose on our ability to delve deeper into the nature of ourselves
and reality. If you think you know, you do not question, and can
therefore not hope to find any greater or deeper answer in
understanding.
Modern science purports to describe the world and to be
the solely valid point of view on which to base our mechanics of
action, but questions always determine the answer and hold various
assumptions to be true that have led to those questions being able to
be formulated. Chiefly among these is the now even scientifically
invalidated assumption of an independent external world “out there”,
but that invalidation is said to only apply to submicroscopic
processes.
By assuming a world independent of self, and making the
self dependent on that world, the individual is torn from their
experience and their power. We become mere products of circumstance
and our individual lives have little or no real meaning for us,
collectively or as individuals. Contrary to popular belief, and
contrite aphorisms - the Earth is the center of the solar system, and
“I” is the center of the universe.
That “I” is typically confined, in
materialist fashion, to the body, with mind a mere epiphenomenon;
when, however, the “I” is really all of the immediately consciously
apprehended environment, which should be though of as including body,
and in some degree also the so-called contents of mind.
We are not -
how could we be - separate from our environment, but neither is the
structure of the environment independent of our stance towards it.
The proper study of man is man, and to begin in this endeavor we must
start to apply rational analysis to ourselves as perceptive bundles -
firstly of sensory information apparently coming from an external
environment.
We must not really “know”, but rather something more like
“grok”, the patterns inherent in our experience of self and world -
leapfrogging from the obvious and superficial to more profound
patterns underlying the truth, which is always our immediate
experience.
don't dwell on working; dwell in working on self 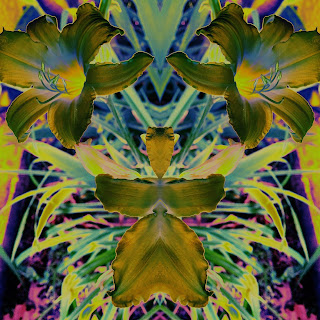 I have no compunctions about dying; dying is compunction.
[Insert your own thoughts on the topic here, & then we'll tell u where to stick them] 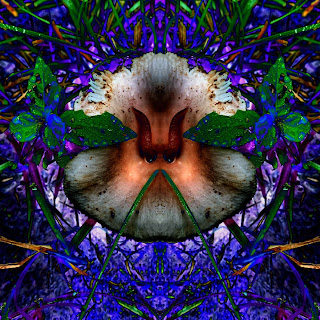 every woman man and child is worthy of the blessings of the @LL-father
ruler
Ferociously compliant.I made my bed in a life you left behind,While drifting in dreamsOf whichYou relentlessly rewind.
You are my hopeOr so you saySalvation never seems to go my way.
You hold my body to task and soul to flame. To imprison my mind your grindhouse of shame.Trumpets neutered from hate spewed by that ferocious belly, and the stones you throw from behindthe lie$ of your t$$th.
Another bile tide from the vile of your boundless pride.
Your spam welded into my cache.
A fraudulent intensityPropagated into necessity.
It is an anchor.It is an anchorWhether ceremonial or terrestrial.It is your anchor.No longer my anchor.
This is your constitution of the empire to fall.
The war drums will beat, I will ides straight to march through the eyes of your tyrannous finitude.I will strike with sword. I will strike myself from your reign through the abatement of my name.
I will be the endless ungraspable beyond your rule. 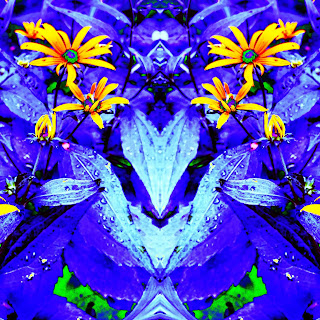 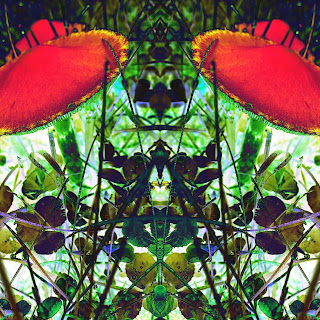 the challenge/trick is to have the eyes to see it, so u can fight it

it'll take them years to figure out what we're doing, man..& when they do, it'll propel them into another world..that, or they'll need to get there to get it.

..but which came first, the chicken or the egg..?

Legba Lodge
Founded in Vancouver as an esoteric postmasonic fraternity, Legba Lodge has evolved into an international biomachine, a rhizomatic transdimensional egregore integrating heterogeneous conceptions & practice with the goal of a psychosomatic gnostic evolution. The spiritual Father of the group is T Allen Greenfield, long a proponent of a progressive, scientific illuminism, while our spiritual Grandfather is T Michael Bertiaux, certainly one of the most influential & innovative of esotericists.